It Came from the East: How Asia Bolstered Cryptocurrencies in 2017 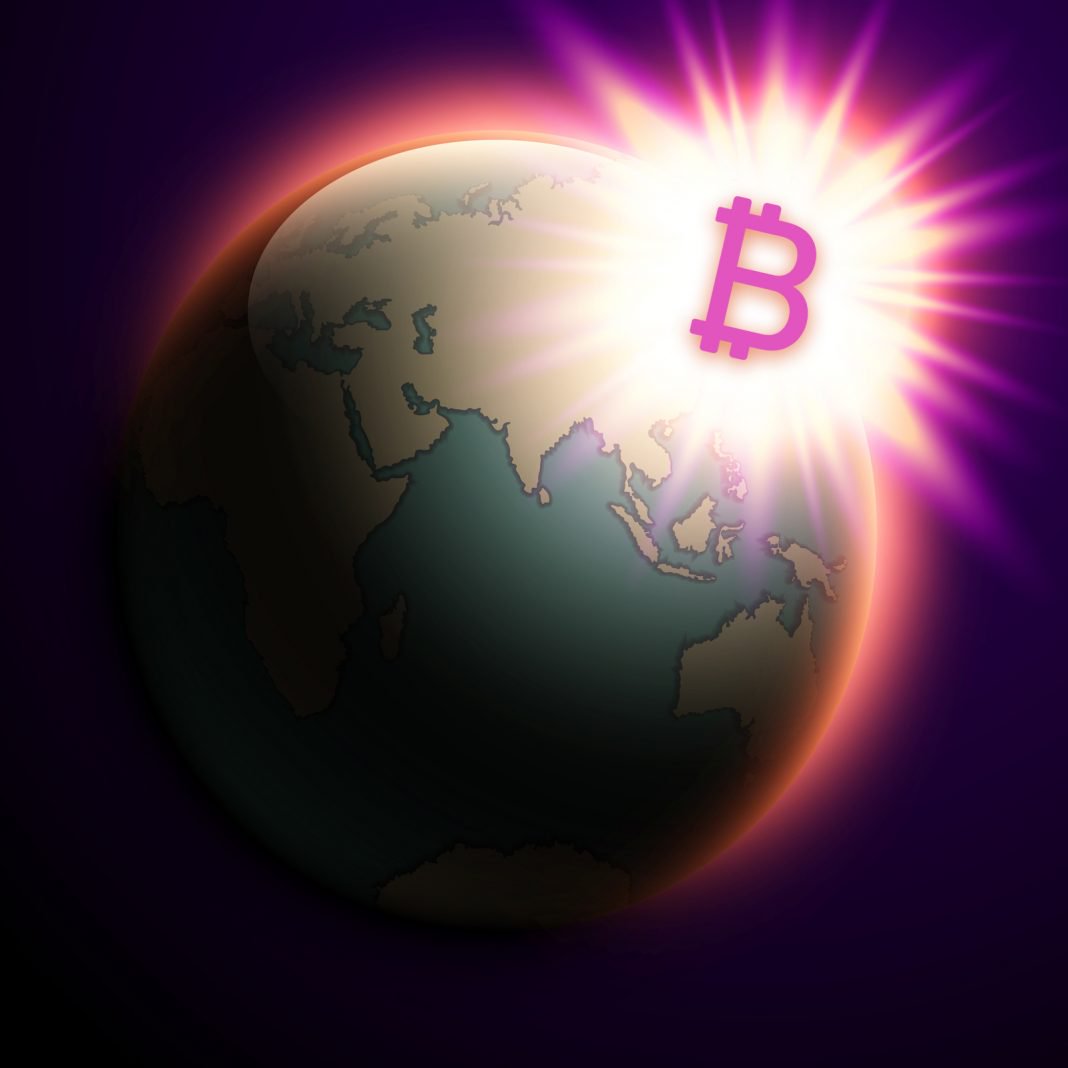 Bitcoin and the digital asset economy has seen a meteoric rise in value over the course of 2017. Various countries have caught the cryptocurrency fever, but the lion’s share of digital asset demand has stemmed from regions located in Asia. It’s clear from various data recorded all year long that countries like Japan, South Korea, Singapore and more have dominated the cryptocurrency economy.

The Cryptocurrency Dynasty and Its Relationship With Asia

The price of bitcoin was under $1,000 per BTC during the first month of January 2017, and almost twelve months later the price reached an all-time high of $19,600 across global exchanges. In addition to this many other digital assets increased in value exponentially, breaking new price records. Currently, the price of bitcoin is a bit lower as one BTC is hovering around $15K and other alternative cryptocurrencies have dropped in value as well. However, most of the top digital currencies are still up well over 1200 percent this year, and much of the demand has originated from Asia. Here’s a look at a group of countries located in the east that have pushed bitcoin and other digital assets to new levels of excitement and value. 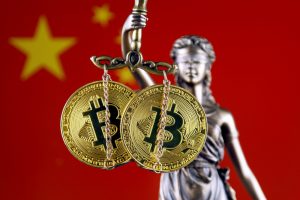 China once accounted for a vast majority of bitcoin trade volume and transactions over the past few years. However, this year all of that has changed, as the country’s central bank the People’s Bank of China (PBOC) stopped most of the bitcoin trading action. After allegedly capturing roughly 70 percent of the global bitcoin trade volume, the country’s national currency CNY now represents less than 0.02 percent according to data from online exchanges. The PBOC has stopped online trading platforms like Huobi, Okcoin, and BTCC from trading digital assets against the renminbi.

However, since the bank took this action, the country’s over-the-counter bitcoin markets, such as platforms like Localbitcoins have seen volumes increase significantly. Over ￥112,000,000 was traded on Localbitcoin’s China portal this week, and other OTC platforms like Coincola, Richfund, and more have been seeing increased peer-to-peer volumes. With China’s central bank stopping online exchanges from trading BTC against CNY, most of the exchanges have relocated operations to Hong Kong.

As we mentioned above the PBOC’s actions towards Chinese exchanges has pushed many of them to incorporate their operations based in Hong Kong. The country adjacent to China has been a hotbed for financial tech innovation this year as Hong Kong has emerged as one of the global leaders within the blockchain economy. Leo Weese, the president of the Hong Kong Bitcoin Association, says there’s been a “big influx of new bitcoin users” since the prices of cryptocurrencies have gained significantly in value. Hong Kong has very active bitcoin meetups and a new cryptocurrency working space called the Genesis Block. Even the Pricewaterhousecooper’s (PwC) Hong Kong office accepts bitcoin for financial management services. Hong Kong’s government has been relatively friendly towards bitcoin and other digital assets, but the country’s Securities and Futures Commission (SFC) recently issued a warning concerning initial coin offerings (ICOs). 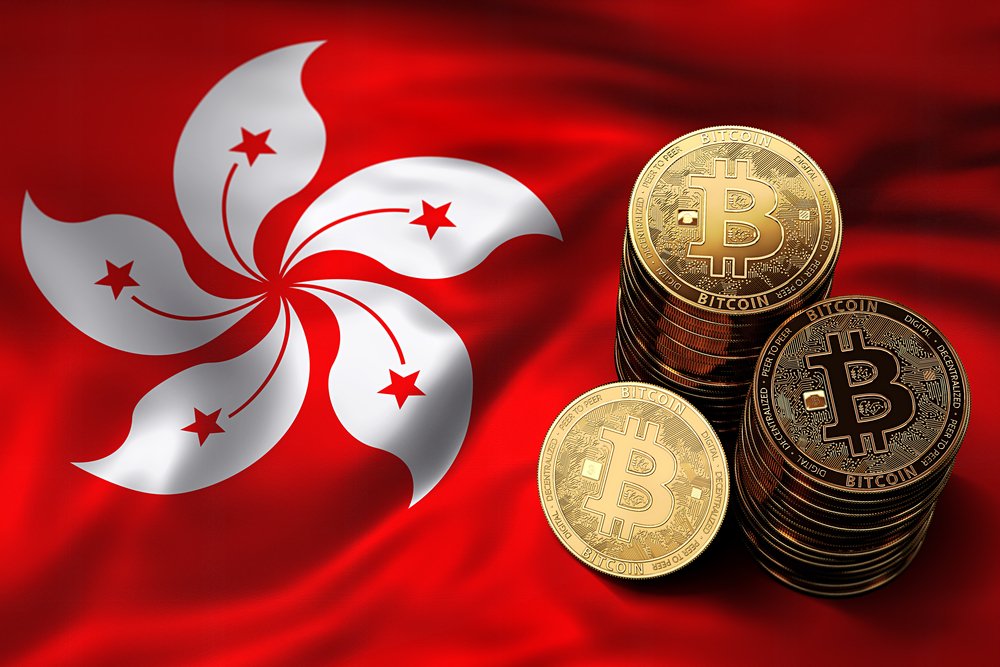 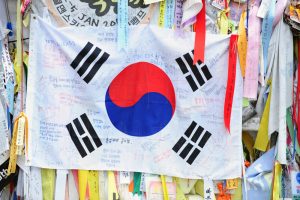 Cryptocurrency action in South Korea has been booming as exchanges located in the country have been swapping a ton of cryptocurrency volume. For a while, Korean exchanges had captured the third highest global trade volumes countless times in 2017, as well as taking the top two positions once in a while. At the moment South Korea commands the fifth spot, as the won holds roughly 5 percent of bitcoin’s global trade volume. The leading trading platforms in the region include Upbit, Bithumb, Korbit, and Coinone. The Korean Won ₩ also commands the third position as far as currency trades with bitcoin cash (BCH) trade volumes. The Korean government has also been friendly towards cryptocurrencies, but officials are in the midst of drafting regulatory legislation. Right now the country’s top exchanges are participating in “self-regulation” after the government revealed some “emergency” digital asset statutes.

The country of Singapore is also a financial tech hotbed these days and cryptocurrencies are no strangers to the region. This October the Monetary Authority of Singapore explained that it had no plans to regulate bitcoin, but regulators are watching the ICO market. Singapore has a reasonably active cryptocurrency community, and bitcoin-based businesses like Coinhako, Quoine, Remitano, and other companies servicing the area. Further, Singapore’s Localbitcoins trading action is seeing volumes at all-time highs over the past three weeks. Additionally, the country’s court system is currently dealing with a legal case involving 3,084 BTC as the organization B2C2 is suing Quoine for alleged “wrongfully reversed trades.” The court case involving $46M worth of bitcoins is the first legal dispute of its kind in Singapore. 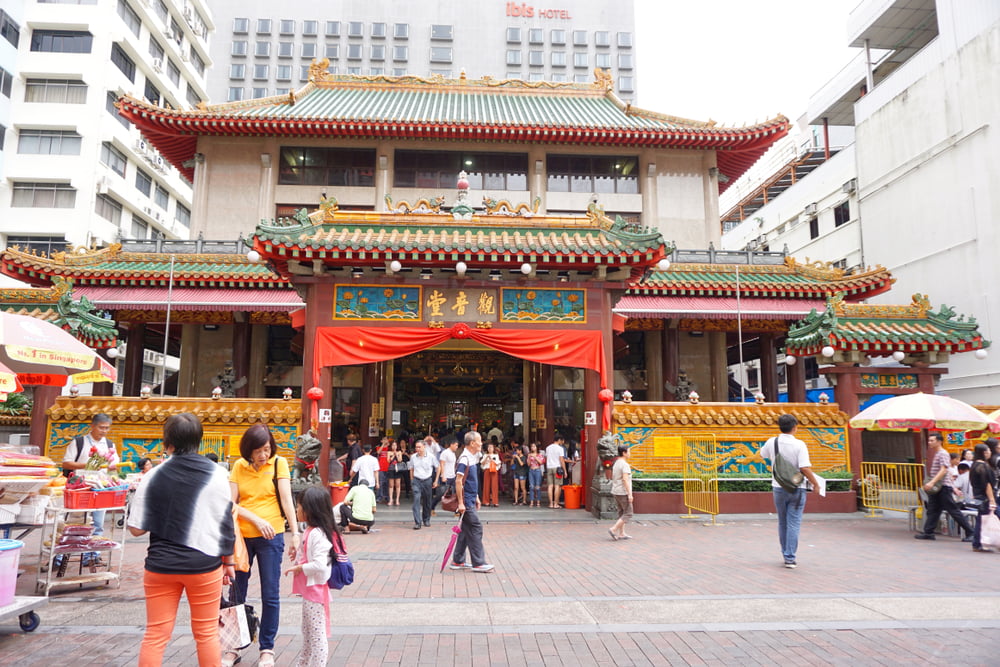 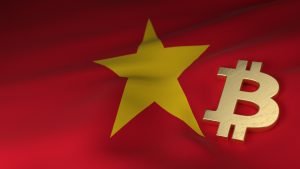 Vietnam has a decent amount of cryptocurrency activity within the country as citizens use platforms like Remitano, and the exchange Vbtc. The government had kept their distance when it came to emerging digital assets for a while, but now are planning to regulate trading in the country strictly. Vietnam officials started heavily discussing virtual currency regulation back in December of 2016. But now as bitcoin and alternative cryptocurrencies have grown more popular in the region, the State Bank of Vietnam has created regulatory guidelines for bitcoin activities. The proposed legislative actions are not so friendly, as the publication Cong An reported, “Bitcoin users in Vietnam may be subject to criminal prosecution.” Although the country’s officials seem to have a harsh attitude towards bitcoin, many citizens in the country have embraced digital assets, as there are Easybit ATMs in Ho Chi Minh City, and a regular bitcoin meetup there as well. Vietnam’s peer-to-peer Localbitcoins weekly trades have also increased exponentiallythis year. 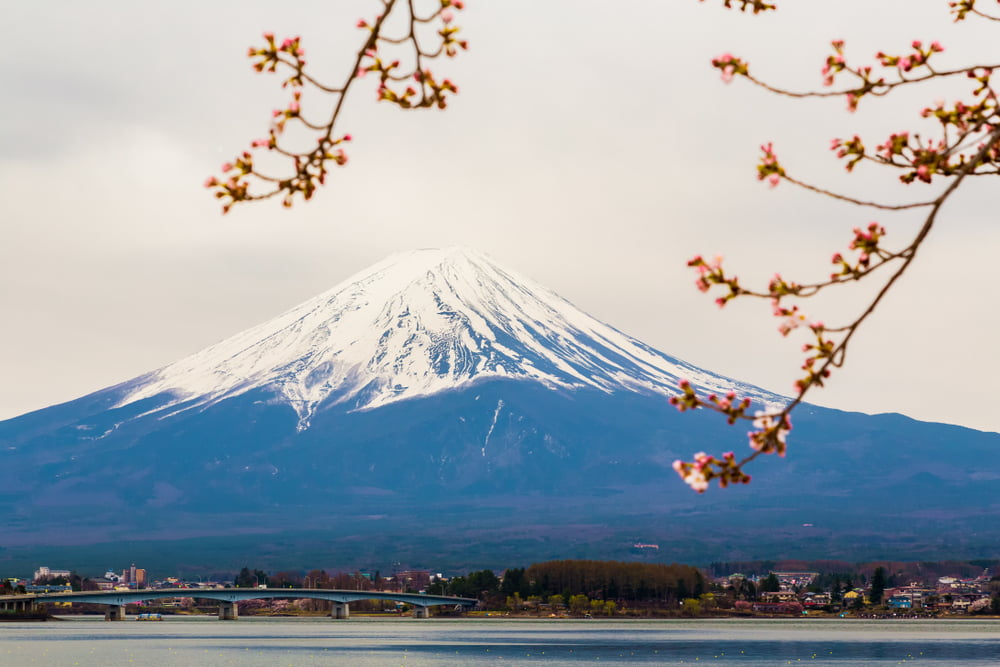 Bitcoin usage in Japan has been huge ever since lawmakers legalized bitcoin as a form of payment in the country back in April of 2017. In addition to the legalization, Japanese officials have approved 11 cryptocurrency trading platforms to legally operate exchanges within the region. Also since the month of April, the country’s Localbitcoins trade volumes have spiked every week since the legalization. The Japanese yen has dominated global bitcoin trade markets month over month this year and occasionally captured well over 60 percent of the world’s BTC trade volume. At the moment the Japanese yen holds the second position as far as currencies swapping bitcoin volume just below the USD. The Yen (￥) represents roughly 30 percent of the global trade volume at the time of writing. Moreover, the Japanese exchange Bitflyer is often one of the top trading platforms worldwide. Just recently the Bank of Japan warned retail investors about the significant price rise bitcoin has seen and Governor Kuroda called the spike in value “abnormal.”

Bitcoin in India has grown very popular, and the nation-state has a good variety of bitcoin exchanges tending to the country’s citizens. Exchanges pushing a lot of bitcoin volume in India include Zebpay, Unocoin, and Coinsecure. The national tender, the INR, is the 21st most traded currency with bitcoin worldwide. India’s Localbitcoins trade volume is also higher than ever before this December as well. Although many Indian citizens have caught the cryptocurrency fever, the Reserve Bank of India (RBI) is very cautious towards decentralized currencies. Indian bureaucrats are worried bitcoin and other cryptocurrencies will lead to an increase in terrorism financing, money laundering, and tax evasion. The RBI and government officials are still unsure about how they will regulate or apply laws to bitcoin, so the entire Indian cryptocurrency community is patiently waiting for their decision. 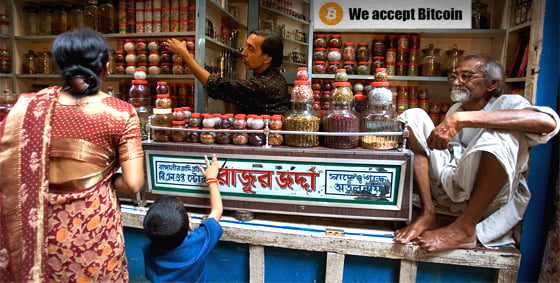 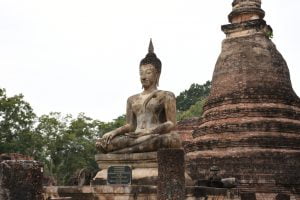 Citizens living in Thailand are also flocking to the digital asset economy, as many Bangkok publications are reporting on the trending popularity of bitcoin within the country. There’s a regular bitcoin meetup called “Satoshi Square” held every Monday at a bar in Sukhumvit Soi. Alongside this, companies like Easybit are installing bitcoin ATMs within the country’s borders. Citizens also have access to the most widely used trading platform in the area called the Bitcoin Exchange Thailand. Moreover, the government has been lenient towards cryptocurrency businesses in Thailand, as the Thai Deputy Prime Minister Somkid Jatusripitak told the central bank to study bitcoin for legalization purposes. “The Bank of Thailand will have to relax its strict rules which hinder fintech,” explained Mr. Jatusripitak this past July. Thailand’s Localbitcoin’s peer-to-peer trading is another country topping new volume highs. 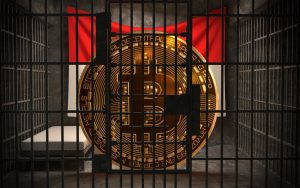 The country of Indonesia is one of South East Asia’s largest economies and has seen a decent amount of cryptocurrency popularity in the region. Citizens from Indonesia can purchase bitcoins from Bitcoin.co.id, the country’s most used digital asset exchange, as well as Localbitcoins, Coinmama, and Luno. Just recently the government and the bank of Indonesia revealed it may ban virtual currency trading with the local currency the rupiah. “The Bank of Indonesia will enact a regulation that confirms the ban on using virtual currency,” the Pikiran Rakyat regional news outlet published this month. In addition to this, Indonesian bitcoin payment processors were shut down this past October. Over the past few months, Indonesian Localbitcoins volumes have been reaching all-time highs week after week.

Bitcoin and digital assets, in general, are booming in Asia, and the region’s residents have been a big part of the cryptocurrency economy. So far most of the governments have been relatively lenient towards digital currency businesses, but country’s like China, Indonesia, and Vietnam have been a touch stricter. Some Asian countries are even talking about banning bitcoin. Other countries like India have seen bitcoin adoption explode in the region, but the central bank and bureaucrats are still unsure of the decentralized currency. Although some governments in the east have been leery, it’s safe to say Asia has been dominating the global cryptocurrency economy for quite some time, even when China lost its grip.