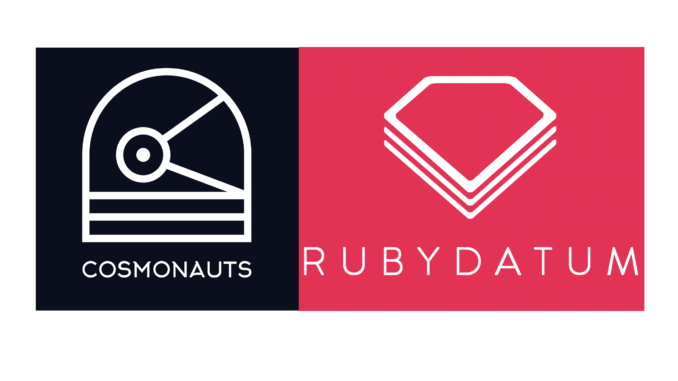 Ruby Datum, a pioneer in the virtual data room (VDR) and legal tech space has launched a partnership with Cosmonauts, the events and BD advisory group, in a bid to grow the company’s client base globally.

Cosmonauts, which works with Artificial Lawyer as the event organiser for this site’s Legal Innovators conferences, will help the VDR company headed by CEO, Nick Watson, to expand the business by tapping its extensive network in the legal community and leveraging its sales team.

In particular the new arrangement will focus on increasing Ruby Datum’s business globally, not just in the UK where both companies are based.

Although well-known in certain parts of the market and having handled some major projects, such as the restructuring of King & Wood Mallesons in the UK, as well as having clients that include law firm Ashfords (which has been an investor in the company), and Stor Power the energy company, Ruby Datum operates with an agile team mostly focused on tech and operational needs.

Adding in Cosmonauts’ marketing and BD capability in effect provides a sales department for the legal tech company, but without Watson having to hugely increase his overheads.

Watson, CEO, told this site: ‘Ruby Datum has flourished…[but] the opportunity of partnering with Cosmonauts will enable us to build on our progress and take the company to the next level.’

Cosmonauts is no stranger to partnering with tech companies. Timo Karakashev, who founded the events business, is also CEO of IP software system Pekama, following a commercial deal last year. Watson and Karakashev did not disclose the financial terms of their new partnership.

Karakshev, CEO of Cosmonauts added: ‘At Cosmonauts we could not be more thrilled to be joining Nick Watson and Ruby Datum on their journey, helping the company build value and scale-up. We have ambitious plans to accelerate the commercial expansion of the product into the USA, Europe and Asia over the next 18 months.’

Watson concluded: ‘We believe the future is in collaboration and integration with other pioneers in the industry.’

Cosmonauts was launched at a similar time to Ruby Datum, in mid-2016. Watson also runs the popular LawTech London meetup group. And, as well as Legal Innovators, Cosmonauts also runs its now well-established Future Lawyer Week conference in the US and UK.

Is this a big deal? For Ruby Datum, for sure. But, more broadly it’s an interesting idea. Many startups seek to maintain low overheads, even when they become very well-known. The challenge they face when trying to scale up is whether to take significant outside capital, such as from a VC fund – which brings with it a lot of pressure to meet the investor’s goals, or to keep running with low overheads.

In this case, Cosmonauts has taken a financial stake in the company in return for providing business growth support. This could be seen as a win-win, with both parties gaining something from the partnership. It will be interesting to see how this works out.