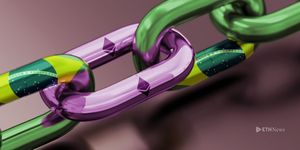 Two Ethereum Foundation members living in Brazil have formed an unlikely trio with a Brazilian legislator to use the blockchain in an effort to streamline the nation’s unique petition process.

Brazilian legislators are turning to Ethereum to reconcile issues of trust between their government and their citizens.

According to the Federal Constitution, any Brazilian may submit a petition to the government: “The right to petition public authorities in defense of rights or against illegality or abuse of power” is guaranteed to all Brazilians, under law, without the payment of fees.

Petitions in Brazil play a special role in the government. Although popular petitions are supposed to create an integral dialogue between the citizenry and the government, they are sometimes impractical, as collecting and verifying petition signatures for millions of Brazilian voters spread across a vast land mass presents significant logistic and trust issues.

Two Ethereum foundation members, Alex Van de Sande and Everton Farga, are working with a legislative adviser to the Brazilian Congress, Ricardo Fernandes Paixão, to help the signatures on the petitions reach their destination in Congress. The trio wants to use the Ethereum blockchain to verify the petition signatures to government officials.

This is significant because any petition that garners 1 percent of the Brazilian electorate’s signatures is, by law, required to be heard on the floor of the Brazilian congress – something Henrique Araújo Costa, a law professor at the Universidade de Brasilia, said the Brazilian government hasn’t upheld.

ETHNews spoke to Everton Farga about this important Ethereum undertaking in Brazil: “We want to promote a technological leapfrog within some areas of the Brazilian government by making use of cutting-edge technology, starting from bill proposals coming from the population. This project makes use of Ethereum’s technology to lower the costs of trust, where any voter could digitally sign a bill proposal petition and easily audit their participation. In a round of meetings and workshops in Brasilia, capital of Brazil, we realized how open and fertile this territory is for bleeding-edge tech. We intend to keep showing [the government] ways to design systems that provide more fairness and transparency for the population.”

The efforts to apply the Ethereum blockchain to governmental problems in Brazil is another use case with high-level government implications, similar to initiatives to provide trust and transparency in Catalonia.

It seems as though Ethereum is gearing up for a year on national and international stages. The revolution has begun.